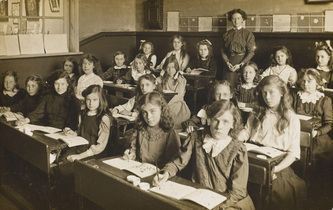 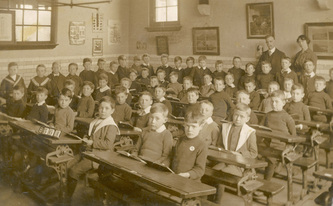 The factory model of education reflects the idea that schools were originally built to train future factory workers during the industrial revolution. The belief was "the back door of the school lead to the front door of the factory", and students should only be taught the essiential skills required to become a successful factory worker. Students were not placed into groups based on their abilities, but rather their chronological age. Many educators believe the education system is based on the factory model of education and limits the potential of many students. However, this system is diffcult to shift and the introduction of technology has begun changing the entire education system.